x
by csBlogAdmin
on April 24, 2017
under Blog, Employee Spotlight
∞ Permalink 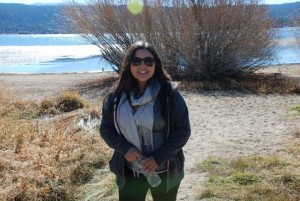 Anna Gamez will be closing in on her first year with Crescent Solutions next month and we’re wondering how we ever handled business without her. “I am a Technical Recruiter for the Las Vegas Branch,” she says. “I grew up in Orange County and was raised by my grandparents. I have a big extended family, there’s about 40 ‘immediate’ family members. I moved around a lot so I have also lived in Cheyenne, Wyoming, Casa Grande, AZ, Tustin, CA, and finally Las Vegas, NV.”

worked her share of interesting jobs, one of which consisted of selling jewelry at the Venetian! “I worked some of the graveyard shifts,” she explains, “so many drunk people to deal with!”  Having a background in recruiting from an employment agency in Anaheim, Anna was a shoo-in for a position at Crescent and was hired onto the team shortly after in 2016. One of her first experiences with the Crescent family was during our first annual Summer Rally. “Meeting the whole team for the first time during the event was great, everyone was so laid back and it felt like I had known everyone for years,” she shares.

When she’s not rallying up candidates, Anna can be found whooping someone at a game of air hockey or caring for her three Chihuahua/Dachshund pups—Sausage, Bacon, and Biscuit. According to Anna, her strong suits include “napping and starting DIY projects, which often go uncompleted probably because I nap,” Anna laughs. The self-proclaimed quiet observer is clearly an asset to the Crescent team and we couldn’t be more excited to have her on board!