x
by csBlogAdmin
on July 20, 2017
under Uncategorized
∞ Permalink 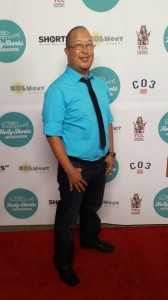 “I am a Customer Service Representative and have been with my company for about 3 months now,” the Crescent consultant says. Scott Kim first met with Kyra Willans in early March and was placed at one of the top global talent agencies shortly after. “I ran into my old friend Kyra at Crescent, she’s the best! I got recruited on a Sunday and was able to start my job the next day,” Scott explains.

The talent agency rep says the best part of his job is just getting to interact with people from different departments and seeing how everyone works. “Also, it’s pretty satisfying having somebody 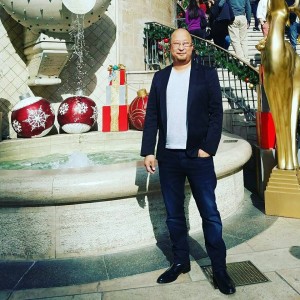 come to you with a problem and being able to help them,” he shares.

Before Scott began his professional career, he enlisted in the Army for 5 years, one of which was spent in Iraq. “It was definitely an experience that helped bring some perspective to my life by working with a diverse group and traveling the world”.

The Brooklyn native is no stranger to change as he grew up in various towns in New Jersey and hopped from public school to private school to boarding school, all of which helped sharpen his character for success.

When Scott isn’t putting in hours at the office, he enjoys going to pop-up art shows all around Los Angeles or catching up on his favorite television show, Parks and Recreation. “Like my fictional idol, Ron Swanson, I always love a good steak or burger,” he laughs.  Scott describes himself as an easy going guy with a movie-quote sense of humor. Naturally well-rounded, it’s no surprise that he was placed so quickly with one of our top clients. We are so glad to be working with him and are proud of all the work he’s done in this short amount of time. We look forward to future opportunities with you, Scott!