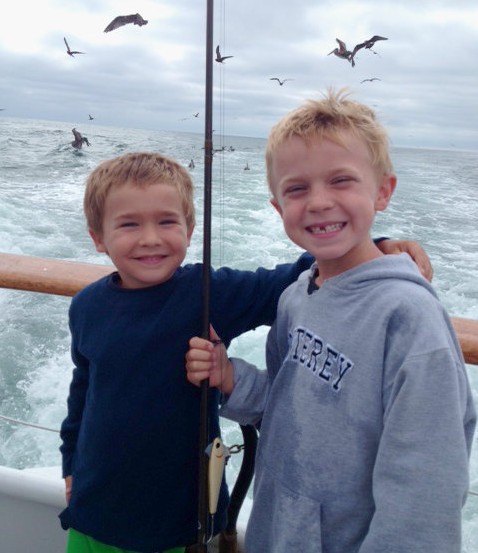 David Etnire, Crescent Solutions’ Senior Recruiting Partner, had a good feeling about the company when he interviewed with them seven and a half years ago. “Within an hour I knew this was the place I wanted to be at,” he said.

He looked fondly back at his first week at Crescent Solutions. That Monday was a holiday and the office was closed, he worked for two days, and then was whisked away for a company retreat in Las Vegas that Thursday.

When David was hired, he was still relatively new to California. He had grown up in Kansas City and studied Journalism and English at University of Kansas—which touts the motto “Rock Chalk, Jayhawk.” He eventually moved to Chicago where he met his wife Stacey 20 years ago. In what he called a “mid-life crisis,” he bought a one-way plane ticket to California and hasn’t left since because “Kansas City doesn’t have an ocean,” he said.

Stacey joined him on the West Coast the first week he started at Crescent Solutions. Now they both have two boys—Connor at six-years-old and Carson at five—who are best friends and Anaheim Angels fans. (David has stayed true to his Kansas City pride and still supports the Royals and the Chiefs.) When he isn’t working—in which he now has nearly 20 years of IT recruiting experience under his belt—he’s “all about being a dad,” he said. It involves fishing, taking the kids to the pool, and playing kickball with them.

“It has been said that David is sort of like Costco,” said Laura Cooper, Crescent Solution’s  Perm Division Recruiting Manager. “He’s big, he’s not fancy, and I dare you NOT to like him. He’s hilarious and amazingly great at his job. I feel really fortunate to sit next to him; I learn a lot about recruiting… and Ke$ha.